Out of all the restorations the Thomas & Elizabeth Mayhook Charity have carried out over the last six years on a variety of memorials, the restoration of the box tomb and railings of the Prytherch family has been the most costly. Not only financially but in time, effort, attention to detail and sheer manpower. Being located in the furthest corner of the cemetery behind a very large blackthorn bush, it is impossible to see  despite its size. Only a brisk walk down to the far corner reveals it’s true beauty. However, its importance cannot be underestimated both in terms of historical significance and also of architectural importance.  Of particular significance are the restored railings of the memorial which give a unique example of mid Victorian architecture in cemeteries, and of the construction of such railings around memorials and box tombs signifying the “wealth and importance” of those local families such as Daniel Prytherch who himself was Mayor of Carmarthen in 1831 and local Magistrate and wealthy land owner. Caroline his wife being reputed to be King George III youngest granddaughter from his liaison with Hannah Lightfoot whilst Prince of Wales. Whilst the railings themselves are not marked with the stamp of Coalbrookdale, the pattern books of the company still exist which give strong indications that they are, as much of the design is identical to both. However, the 25 missing finials were re-cast using original techniques by a local company and sections of steel bar, drilled and pinned with threaded steel rods completed the restoration process after five years of very hard work. Indeed, records show at the same time of the construction of this grave in 1854, Coalbrookdale railings and gates were installed at the entrance to the Church  but were sadly removed in 1967.

I think it is fair to say that there has never been a restoration of this type attempted before anywhere in the UK. The result of the restoration of the memorial is quite outstanding and an important historical feature on the brink of destruction has been saved for the nation. Indeed its location, nestling alongside the perimeter wall allowed an industrial crane to be parked close by and to lift all the pieces of stone box tomb outside of the railings like a jigsaw puzzle and to be rebuilt accordingly.  The work of restoring the railings has been undertaken by me and my brother Robert having taken expert advice. I think you will be satisfied with the result.

What follows then is a gallery of photographs showing the phases of the restoration of the box tomb and railings from the beginning to the end. Finally if you look at the separate sub heading of “What’s in a Name” elsewhere on this website and scroll down the list of names you will see the story of the alleged “Royal Connection” under the name Caroline Georgiana Catherine Dalton/Prytherch.  Please take time to read it and in particular to watch the video at the end. 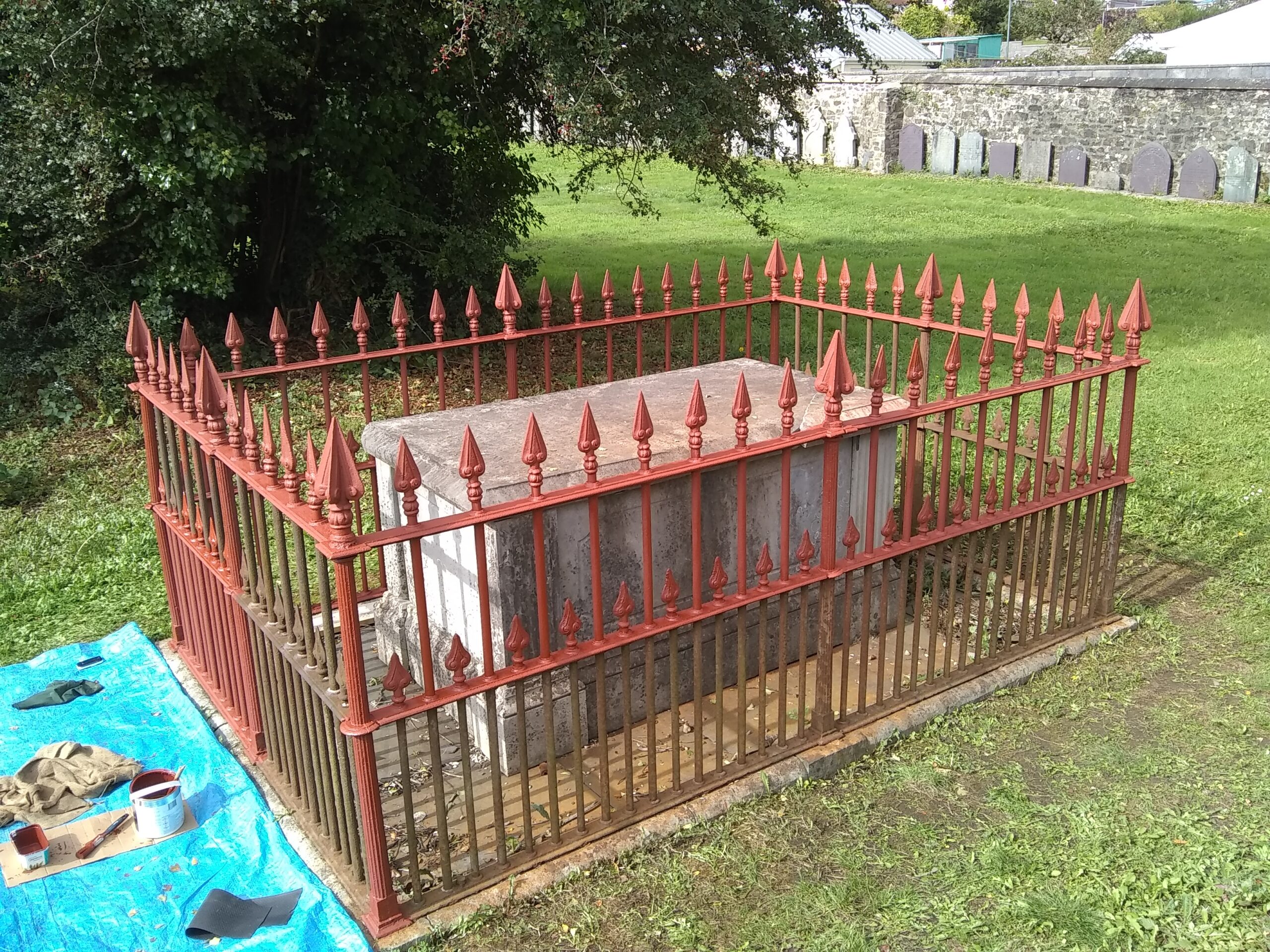